Rolex Price Increase 2020: What, Where and Why

If you were in the market to kick off 2020 with a new Rolex, you will no doubt have heard by now that the brand has decided to ring in the decade with a price hike across the board.

In fact, Rolex watches will be more expensive globally from January 1st, but by just how much is going to vary depending on the country and the specific watch you want.

It will come as no surprise that prices in Switzerland have experienced the smallest increase out of them all, while places like Hong Kong, Singapore, the U.K. (again!) and here in the States have seen relatively high percentage upturns.

On average, you will be paying about an extra 3%-9% at an American Authorized Dealer than you would have last year. However, the exact figure will differ between models.

Once more, as I’m sure you would expect, it is the steel tool watches which will experience the biggest rise. If we take the Daytona as an example, surely among the most in-demand pieces of recent times, the ref. 116500LN, in stainless with Cerachrom bezel, has gone from $12,400 to $13,150, a 6.05% gain. 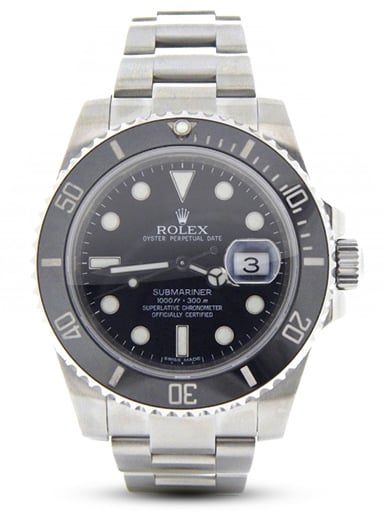 But the extra expense is not just confined to the sports pieces which have proved essentially impossible to buy at official retailers recently.

So why is Rolex raising its rates now?

Well I suppose the glib answer is because they can. You only have to look at the prices some of the most coveted watches are selling for on the grey market, often up to twice or even more the retail, to realize the company could be charging a great deal more and not see a dent in sales. Against that, a 3%-6% increase actually looks fairly modest.

In the U.K., which has seen two rises in the last four years (5% each time), the weak Pound has been a major factor as the country wrestled endlessly with the effects of an impending Brexit. The fact that travelers were able to claim back the 20% VAT (Value Added Tax, alternatively known as the Vague Addition to the Total) has also helped make Britain a tempting destination for Rolex buyers from around the world.

But in the U.S., seven years is a long time to go without a raise of any kind, so it could be argued the brand was becoming undervalued and an increase was long overdue.

Another reason touted in some corners is the soaring price of gold, caused by the spiraling tensions between America and Iran. It is currently sitting at its highest level since 2013 at $1,557 an ounce.

While the comparatively small price rise for the solid gold models would seem to contradict that, it is interesting to note that several of the Rolesor watches, the half gold/half steel examples, have seen some of the biggest.

These models have always been popular, adding an extra touch of luxury to the one time all-out tool watches. However, at least some tend to be bought by those not who don’t want to either sit on endless waiting lists for the purely stainless steel versions but also don’t want to spend the significant extra amount on the solid gold pieces. Increasing the costs of these happy compromises may be a way for Rolex to offset the higher price of the precious metal without raising the retail on the full 18k examples.

One thing is certain; the brand itself is unlikely to come out with anything in the way of an explanation. It is notoriously tight-lipped about pretty much every aspect of its operation, and it offered very little in the way of a heads-up before putting the rises into effect.

But what will this do to the market, both new and vintage? How will it affect you as either a consumer or an owner?

That is something we will look into in more depth in the next article.