What is Up With Rolex Pricing? -

What is Up With Rolex Pricing?

Ask any Rolex Authorized Dealer and they will tell you that demand for the brand’s watches is higher now than it has been in living memory. Now ask that same retailer the most frustrating part of their job, and they will say the shortage in supply of the most desired models, and having to turn loyal customers away empty-handed.

For many of Rolex’s very sought-after pieces, and we’re really talking about their entire range of steel sports watches here, the idea of the average consumer buying one brand new from an AD is now laughable, and paying the recommended retail price for it even more so.

It is a situation that is becoming one of the biggest bones of contention among fans, and one that has been painstakingly engineered over the last decade or two by the manufacturer, all in the name of that quality both the watchmaker and their discerning clients prize above all else—exclusivity.

The Psychology of the Collector

In the luxury goods sector, purchases are made first and foremost on emotion, and none more so than fine watches. There are not many people who can actually say with any degree of honesty that they needa luxury timepiece these days. Their phone will tell the time far more accurately, and it will do a bunch of other stuff too. In fact, it has been decades since mechanical watches have been a necessity, yet the business has rarely been in better health. 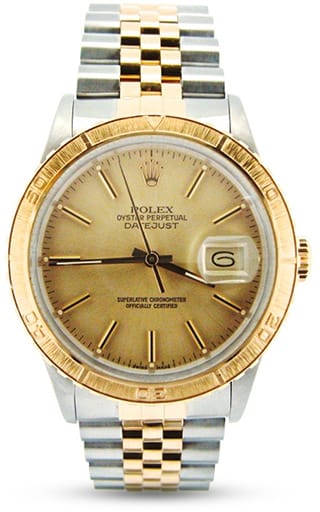 All of that is down to how the product has been marketed; no longer an essential piece of equipment for the day to day, now a symbol of success, ambition and achievement.

It really started in the 80s. Although the immediate threat of the quartz crisis had passed, it was clear traditional watches couldn’t compete with electronics on terms of precision or cost. So, Rolex went the other way, trading instead on their heritage, and at the same time drastically bumping up prices to set themselves apart as an aspirational lifestyle brand.

However, for those with enough disposable income, getting hold of the exact model they wanted was still possible without too much effort. Wander in to an Authorized Dealer and chances are they would have one in stock. If not, they could have one shipped in in a matter of days, or a week or two at worst.

But while the higher prices took care of Rolex’s reputation in terms of their watches being a luxury purchase, if just anyone with a healthy enough bank balance could grab themselves anything they wanted, they weren’t particularly exclusive. And this is where the brand’s understanding of psychology kicked in, and has arguably put them where they are today, at the very top of the horology tree.

For the average collector, of luxury items or anything else, the thrill of the chase is just as important as the thing they are trying to buy. In fact, it is often much more important.

If too many people can afford a product, the only way for it to become more prestigious is to make that product difficult to acquire. As any vintage watch buff knows, rarity equals value, and the same is true with brand new pieces. By artificially limiting the supply of certain models to the outside world, Rolex has given those watches an inherent increase in worth in the eyes of consumers.

It has been a long term strategy, one which limits short term profits, and has worked wonders up until now. There aren’t many marques could get away with it, and Rolex are only able to because of their ferociously maintained stature and the fact they are an independent concern, with no shareholders to keep happy or an umbrella corporation breathing down their necks.

Yet predictably, it hasn’t been all good news for them.

The Rise of the Grey Market

If there is one certainty in life, it is that if someone really wants something, they will find a way to get it. With Rolex watches, not being able to buy the latest must-have through official channels has led to an enormous upsurge in third-party dealers.

These are retailers with no connection to the brand, but with the influence and buying power to get hold of the most in demand pieces to sell to an eager audience, at an often extremely healthy profit.

They have the huge advantage of being able to source these watches globally, and to sell them online, something ADs are forbidden to do by Rolex. It means those desperate to stand out with, say, the very latest incarnations of the GMT-Master II, either the Pepsi from last year or the updated Batman, can avoid all the list waiting and hoop jumping often required by the authorized dealer network—for a price.

Those two models are now trading on the grey market for about twice the official MSRP, and being snapped up by those able, if not completely willing, to pay. It stands to reason; if someone can afford to pay $10,000 for a watch, chances are they are the type of person who will pay $20,000 for the chance to have one right now rather than when their name reaches the top of the list in 2025.

And the fact that many people now know just how difficult and expensive it is securing one of these watches lends an extra bragging right to the wearer.

Why the Sports Models?

Of course, Rolex doesn’t artificially restrict all of its output. Stalwarts (and big sellers) such as the Day-Date and Datejust are still obtainable fairly easily. It is the steel pieces from the Professional Collection— those models ironically titled entry level—which are kept scarce.

They have long been the most popular choice among both seasoned fans and newbies alike, for their styling and the fact they are versatile enough to be worn literally all day; in the office and to whatever after work event or activity comes along. They are also, technically, less expensive than precious metal models.

The decision to limit the supply is a business one, and not uncommon in the world of luxury goods. Producing far fewer of them than the brand knows it can sell might sound counterproductive if looked at logically, but logic and human emotion are often polar opposites and Rolex’s strategy is to play the long game. Keeping their fan base in a frenzy for a product ensures they stay engaged with the brand, building a relationship that should secure greater profits in the future.

What Can You Do?

Unfortunately, if you want one of these highly sought after watches at retail, you could be out of luck. Unless you have a very close friend who is an Authorized Dealer, it is something that is becoming more and more difficult—some say bordering on the impossible.

With demand so high, you also can’t blame ADs for taking advantage of the situation themselves. Some will charge far more than the MSRP for the few sports models they get sent by Rolex, or will insist on customers spending money on other, less desirable, pieces before they will sell them the one they came in for.

Others will do their best to keep things more fair, trying to distinguish the genuine customers from those just buying up whatever they can to sell at a profit. But in the end, there is a lot of luck involved to get a new Rolex at a Rolex price.

It is one more reason the vintage and preowned industries are so strong. While there are certainly rarities here as well, with prices that reflect it, there is no such thing as an artificially rare vintage Rolex.

In the end, there is no telling how long the brand is going to keep manipulating the market by restricting the numbers of its biggest hitters it makes available. It is hard to imagine it is a situation that can go on indefinitely, with some consumers really starting to lose the last vestiges of their sense of humor over it.

Rolex will always be a luxury brand in high demand, but it is up to them how much more demand they want to create.