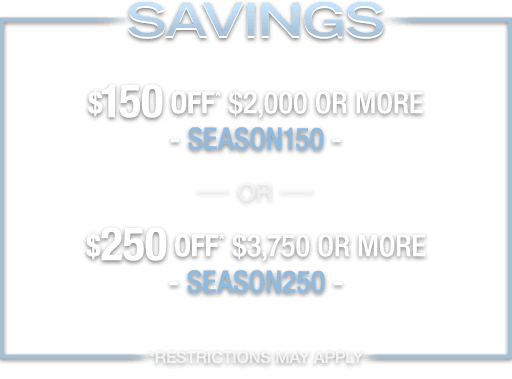 BeckerTime offers a selection of Rolex Submariner mens yellow gold preowned watches sized 40mm. They come with a variety of dials, bezels, and bands. Keep in mind, we offer a 30-day money-back guarantee, free U.S. shipping, and available financing. In addition, we offer a Lifetime TradeUp Guarantee on qualified items. This means you can come back to us when you want to upgrade to another model. Also, we strive to deliver a first-class buying experience and 100% customer satisfaction. So, please contact us if we can help you find the perfect sports watch.

Diving for Treasure: The Gold Submariner

Think about it, this is a diver’s watch we’re talking about. In full 18k gold. While this may not cause anyone to bat an eyelid today, in the late 1960s, this was an outrageous proposition indeed. Join us as we plunge into the history and evolution of Rolex’s gold Submariner.

The Gold Submariners of Yesteryear

In 1969, Rolex unveiled a solid 18k yellow Submariner with the ref. 1680/8. This new gold diver’s watch marked a new path for the Submariner from a purely utilitarian tool watch to a veritable luxury timepiece. Powered by Caliber 1575, the Submariner ref. 1680/8 is characterized by its “nipple” dial, named so for the faceted round indexes. Furthermore, its black or blue dial matched its black or blue bezel insert and all models were topped with acrylic crystal.

A decade later, in 1979, the yellow gold Submariner ref. 16808 joined with sapphire crystal protecting the face and the Rolex Caliber 3035 beating within. Similar to its predecessor, the Submariner ref. 16808 was also available in either black or blue. Early models included the “nipple” dial while later ones came equipped with lume plots for hour-markers.

The late 1980s saw the arrival of the Rolex Submariner mens yellow gold, ref. 16618, which was in production for the next two decades. Driving the ref. 16618 is the famous Rolex Caliber 3135 providing optimal performance and 48-hour power reserve. Although preliminary Submariner ref. 16618 models included tritium on the black or blue dials for luminescence, Rolex later replaced this with SuperLumiNova. It’s worth noting that the Submariner ref. 16808 and the Submariner ref. 16618 also had “Serti” dial options with diamonds and sapphires for added opulence. 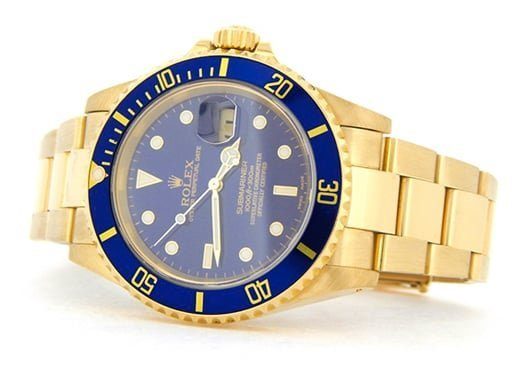 In terms of a distinguished luxury sports watch, it doesn’t get much better than a solid gold Submariner. And while it’s highly unlikely that a gold Sub will accompany a scuba dive, it’s certainly up for the task. And remember, you can view a great selection of luxury Rolex watches here at BeckerTime.