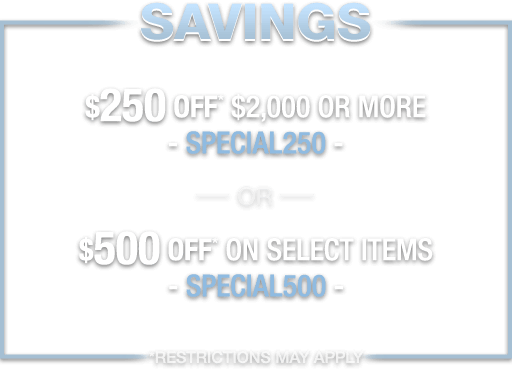 BeckerTime offers a selection of Rolex Submariner mens two tone pre owned watches sized 40mm. They come with a variety of dials, bezels, and bands. We offer a 30-day money-back guarantee and a one year warranty. In addition, we offer a Lifetime TradeUp Guarantee on qualified items. This means you can come back to us when you want to upgrade to another model. Also, we strive to deliver a first-class buying experience and 100% customer satisfaction. So, let us help you find that perfect style. Don’t hesitate to contact us so we can assist you.

The Best of Both Worlds: The Two Tone Submariner

Both Tough and Luxurious

While the Submariner was originally born as a tool watch for divers, it has now developed into Rolex’s most popular luxury sports watch. The range of Submariner watches run the gamut from robust stainless steel models to ultra-lavish solid gold versions. In the middle of that, sits the beautiful Rolex two tone Submariner. Tough enough thanks to its steel construction yet luxurious thanks to its 18k yellow gold accents, let’s take a closer look at the Submariner that offers the best of both worlds.

The only type of Rolesor available for the Submariner, however, is the yellow gold and stainless steel option.

It may come as a surprise to some, but the first Rolex two tone Submariner only made its debut in the 1980s. The inaugural model was the Rolesor Submariner ref. 16803 and it was in production from about 1984 to about 1988. The Submariner ref. 16803 is considered a transitional reference and came equipped with sapphire crystal rather than acrylic, in addition to the 300-meter depth rating instead of 200 meters. 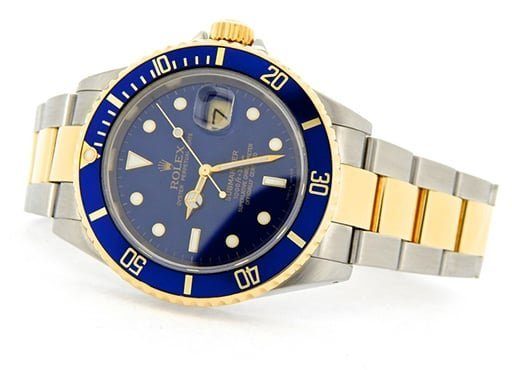 At Baselworld 2009, Rolex unveiled the brand new Submariner ref. 116613, and with it, introduced many changes to the Rolesor dive watch. Some of the modifications the ref. 116613 offered include the Cerachrom ceramic bezel, the chunkier case (although on paper it’s still 40mm), and the “Maxi” dial with larger lume plots and wider center hands. Furthermore, the Chromalight display that glows blue in the dark replaced the previous green SuperLumiNova.

Although Rolex used to offer diamond dial versions of the Submariner ref. 116613, it seems the company no longer includes those models in their current catalog.

A two tone Rolesor Submariner is a fantastic option for those looking for a more elegant version of a diver’s watch. And these three references from different eras in Rolex’s history offer their own distinct appeal. Experience the best of both worlds and view an extensive selection of Rolex Submariner mens two tone watches here at BeckerTime.