Rolex Watches Discontinued in the 2000s -

Rolex Watches Discontinued in the 2000s

Rolex seemed to be waiting for the start of the new millennium to make some big changes to their portfolio of peerless creations. The first decade of the 2000s witnessed some important comings and goings for the brand as they cleared the decks of some well loved references to make way for a host of fresh faces.

The culling of the old pieces was prompted by the introduction of some groundbreaking innovations that Rolex phased in over a number of years. They included a revolutionary type of bezel insert material, a beefier style case brought in to placate critics who considered the majority of the tool watch collection a touch on the small side and, most notably of all, the final caliber to be brought entirely in-house.

The outgoing models from this period are already witnessing significant price rises on the preowned market, and some are becoming rock solid investment pieces.

Below we take a look at the Rolex watches that bade us a fond farewell.

Undoubtedly the most momentous point in the life of the world’s favorite chronograph came in 1988 when it was finally granted, after 25 years, its first self-winding caliber.

Overnight it transformed the fortunes of the once ugly duckling and set it along the route to its present position at the very top of the horology hierarchy.

Driving this new generation of Daytona was the El Primero from Swiss compatriots Zenith which, after Rolex’s engineers had stripped it back to its bare plate and made more than 200 modifications, was rechristened the Cal. 4030. It brought the Cosmograph into modern times, exactly as the phenomenon of watch collecting was getting into full swing. The massive demand and hampered production speeds caused by having to rely on an outside concern for its engine, led to the fearsome waiting lists which are still a matter of course today. 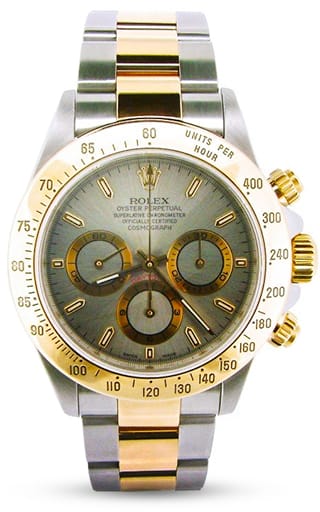 Phenomenally successful though they were, and many experts cite the 16500 series as kicking off the vintage watch market as we now know it, the fact it had a third-party movement was never going to sit well with the fiercely independent Rolex. The dawning of the new millennium saw the sunset of the Zeniths, with the El Primero replaced in 2000 by the brand’s own spectacular, home grown Cal. 4130, sitting inside the upgraded six digit models.

It has left the middle child series of the Daytonas as some of the most accessible and collectible of the entire family, with an entry price hovering around the $10,000 mark for a Rolesor example.

At the top end, there are the  so-called Patrizzi versions. A rare variant of the stainless steel piece with the MK IV dial, they have gained off-color rings around the trio of totalizers due to a fault in the lacquer Rolex used, and their value is skyrocketing. A range of between $25,000 and $50,000 and above is the norm at the moment, and is only set to rise even higher.

The once miserable failure has become an unmitigated triumph, even by Rolex standards, and the Zenith Daytonas are where it all started to go right. A vital piece of history that deserves a place in any collection.

The 2000s saw the retirement of two truly iconic Rolex looks, one temporary, the other ongoing, this time on their flagship dual time zone piece. 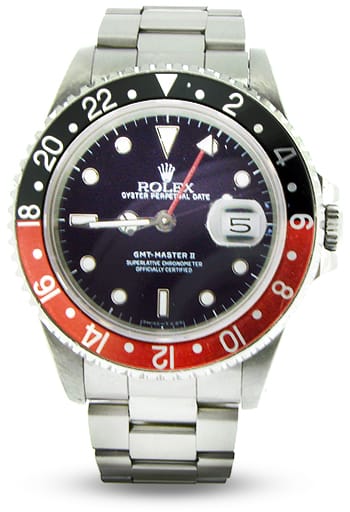 The GMT-Master had begun life in 1954 with the blue and red bezel that quickly became known as the Pepsi, and had continued to offer the extraordinarily popular option throughout the model’s run. In the 80s, with the launch of the GMT-Master II, a black and red version emerged, just as swiftly nicknamed the Coke.

That all came to an end in 2007 thanks to the introduction of the brand’s proprietary Cerachrom bezel inserts, replacing the previous aluminum.

Ultra tough and completely fade resistant, the ceramic material was gradually rolled out across most of the Professional Collection, as was the new Supercase, with crown guards and lugs nearly twice as thick as before. 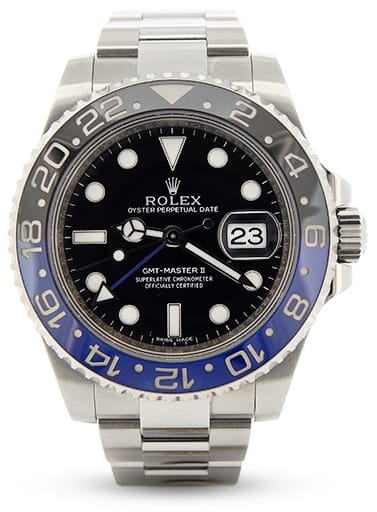 While Cerachrom was technically a more sensible option for a tool watch, the big drawback as far as GMT customers were concerned was Rolex’s inability at that time to add a two-tone color scheme to it. The replacement, the ref. 116710, was launched the following year with an all black surround. (Cerachrom actually made its debut in 2005, again on the GMT-Master II, on the 18k yellow gold anniversary model, the ref. 16718LN—also in solid black).

That left the ref. 16710, a piece that had been around since 1989, as the last Pepsi or Coke-bezeled watch in the range, a title it held until the pricey white gold Pepsi edition emerged in 2014. We are stillwaiting, somewhat impatiently, for the reemergence of the Coke.

With a near 20-year lifespan, the 16710 is certainly not hard to find as a vintage buy, and prices for late-issued examples start at around $8,500. Rarer, first run versions can go for a little more than twice that; still not unreasonable for a watch steaming towards future classic status.

Over its tenure it went through a number of alterations. The caliber was swapped very late on from the Cal. 3185 to the Cal. 3186 (basically the same save for the Parachrom Bleu hairspring fitted to the latter). The lume changed three times, using tritium until 1997, then Luminova for just a year and finishing on Superluminova. A solid end link bracelet, either the Oyster or the Jubilee, was brought in in 2000 and the case lost its drilled lugholes in 2003.

In addition to the steel ref. 16710 bringing down the curtain, the Rolesor ref. 16713 with its brown and gold Root Beer bezel, and the 18k yellow gold ref. 16718 ringed in all black also made their excuses, leaving the way clear for the new generation.

One of the most beloved references of one of the all time favorite Rolex series, the ref. 16710 is another watch ranked high on the wish lists of many collectors—the last of the legendary travelers’ models with that old school retro charm.

While the five digit references of the venerable dive legend were discontinued in 2010, leaving them just outside our remit, one special version bit the dust 12 months earlier to make way for its hulking replacement.

The ref. 16610LV had only been in circulation since 2003 which, by no coincidence at all, happened to be the 50thanniversary of the model. Rolex loves its birthday surprises, and to mark the Sub’s half century, they decided to celebrate by releasing the revered diver with a bright green bezel (hence the LV in the reference number, for Lunette Verde). Always quick with an epithet, fans dubbed it the Kermit.

While it was something of an opinion splitter on its debut, it was always destined to become a great favorite among collectors. A radically different and almost lighthearted take on the most famous sports watch of them all, it soon had a huge following and was being traded for a substantial premium over the standard variety. Today, the fact that it had such a short run, and is a member of the generation classed by purists as the last of the best (by which they tend to mean before the Supercase swapped the formerly sweeping profile for a more street brawler physique) has made the Kermit one of the most sought after of the modern era Subs.

You will be lucky, suspiciously lucky in fact, to find one for sale on the preowned market for less than five figures now, significantly more than a comparable black bezeled piece from the same period.

It is one of those strange things about Rolex collecting that merely changing the color of one element on a watch can have such a disproportionate effect on its value. Apart from a green surround, and the Maxi dial which increased the size of the hour indexes, the Kermit is exactly the same as a regular five digit Submariner. 40mm of 904L steel, a Triplock crown rendering it waterproof down to 300m, and powered by the legendary Cal. 3135. Providing faultless service inside some of the crown’s best since 1989, the time-tested workhorse comes with a 50-hour reserve and a balance frequency of 28,800vph.

When Rolex upgraded the entire Sub range to the six digit 1166XX series at the end of the decade, they likewise carried on the Verde theme with the Kermit’s replacement, adding a green dial along with the bezel. Now Supercased and menacing, the ref. 116610LV, aka The Hulk, has proven just as popular among collectors as its discontinued forerunner.

That first splash of emerald on the archetypal dive watch though is the one likely to keep increasing in value, due to its scarcity and the fact the Rolex anniversary models tend to get collectors’ juices flowing.

Even better, for such a short time in the spotlight, the Kermit had a surprising number of variations. Minute differences in bezel and dial font separate each version, with the ‘Flat Fours’ being the most well known. On these rare specimens, the first numeral of the engraved ‘40’ on the bezel has a squared inner portion rather than coming to a point as it does on more common examples. Expect a jump in price for one of these pieces.

The Kermit has a lot going in its favor as an investment, and just as much as one of the most appealing references in probably the most successful series of watches ever. Likely to only increase in value as available numbers dwindle on the vintage marketplace, it is about as safe a bet as you can get.