Rolex Caliber 3135 - Take A Look Inside This Robust Rolex Movement

One of the major contributing factors to the incredible success Rolex have enjoyed during their more than a century in existence is their stubbornness in sticking to an overriding philosophy—creating timeless designs and subjecting them to constant and relentless improvements to keep them at the forefront of modern technology. It’s an ethos that has seen the outward appearance of the majority of their watches change relatively little over the years. However inside, the movements powering them have gone through innovation after innovation. Arguably, their most successful and widely-used caliber, the Rolex Caliber 3135 is just such a movement.

In continuous service since 1988, they have updated and tweaked it numerous times, with little or no fanfare. And sometimes so subtly that even experienced watchmakers struggle to see the difference. But the unceasing evolution of its no-nonsense, utilitarian design has seen it remain the first choice caliber for some of the crown’s most iconic timepieces.

Below, we’ll take a closer look at what many experts consider the most reliable, accurate and robust automatic movement ever made.

Ground-breaking advances and high-tech materials make up the Rolex Caliber 3135. Yet, for nearly 30 years as Rolex’s go-to-movement, the element that has had the biggest influence is its physical size. At 28.5mm in diameter and 6mm in height, it is particularly large by modern standards.

When it launched in the late eighties, the trend for bigger watch sizes was starting to gather pace. This gave Rolex the freedom to create a larger caliber.  Learn more about this trend for mens full size Rolex watches and the model options that are available. This trend increased the inherent strength of each separate component. It is this fundamental solidity that has given the 3135 the ability to endure the rigors of everyday use. Rolex intended their watch owners to wear these professional watches in the harshest environments imaginable.

The 3135 is a continuation of the 3035 series. Rolex launched it in 1977 and was profoundly different from its predecessors. As the company’s first high-beat movement, it increased the balance speed from 19,800 BPH to 28,800 BPH. This higher frequency has since become the standard across all of Rolex’s range. It also allowed the caliber to provide more accurate timekeeping and better withstand outside influences, such as shock.

Also in keeping with the 3035, the 3135 includes Rolex’s Microstella system. This did away with balance screws and replaced them with just four timing screws on the inside of the balance rim. It kept the wheel’s diameter as large as possible without any increase in its mass. Also, this created greater inertia and less drag, allowing for a more precise adjustment.

Rolex made the free sprung balance wheel in the 3135 from a high performance alloy of beryllium and copper known as Glucydur. Many of the world’s top watchmakers favor its rigidity and resistance to the effects of temperature variations. Used in conjunction with a Breguet overcoil, the earlier examples of the Rolex Caliber 3135 featured a hairspring made by the Swatch Group-owned company, Nivarox. Rolex has always been fanatical about manufacturing every element that goes into their watches themselves. In fact, it took more than five years of research and development before they perfected their own in-house hairspring in 2000.

Rolex now uses the Parachrom Bleu in all of the brand’s watches. It’s made up of niobium and zirconium. Also, Rolex treated it with an oxide coating that gives it its distinctive blue coloring. In addition, the alloy is ten times more resistant to shocks than the previous hairspring. In addition, it is completely anti-magnetic. (The name comes from ‘paramagnetic’ and ‘chrome’, Greek for ‘color’).

Rolex introduced the first automatic winding rotor, or ‘Perpetual’, movement way back in 1931 and have been perfecting their design ever since. Read more interesting facts on the Rolex Perpetual Movement and its launch. The bi-directional and highly efficient rotor system in the 3135 has a couple of uncharacteristic quirks. For instance, the two gears that allow the mainspring to be wound in either direction are coated in PTFE, otherwise known as Teflon. This increased its efficiency and also colored the gears a deep red. This is a trait specific to Rolex and used to identify many a counterfeit in the past.

The other unusual feature in the movement is the use of synthetic rubies to mount the rotor. Most other manufacturers embed the axle of the rotor mechanism in ball bearings. Whereas Rolex   elected to do away with any moveable parts in order to reduce the amount of wear. It is a system that works beautifully. Also, the fully wound mainspring in the Rolex 3135 gives a healthy power reserve of 50 hours, but does mean sticking to the prescribed servicing and lubrication schedules is particularly important.

The Rolex Caliber 3135 in Action

The list of watches that utilize Rolex’s 31-jewel workhorse caliber reads like a who’s-who of the brand’s greatest creations. Rolex uses the caliber in just about every one of the company’s three-hand timepieces at some point and in some form since its inception.

The Submariner and the Deepsea 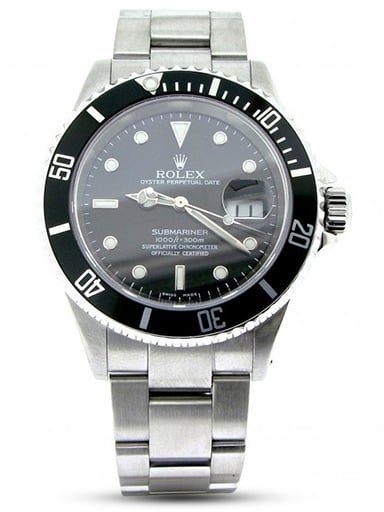 While the Sea-Dweller 4000, the forerunner of today’s version, was using the 3135 up until 2008, the latest iteration relaunched this year has the all new Cal. 3235 ticking away inside its controversial freshly fattened up body. Check out a more detailed look into this next generation movement, the new Rolex Caliber 3235.

The two other Rolex mainstays; the Submariner, easily the world’s favorite dive watch, and the insanely tough Deepsea, are both still championing the older caliber. The Company designed these watches for everyday wear. While many of them are not bought by the sort of underwater adventurers the Rolex marketing department would have you believe, they are still likely to suffer a heavy amount of daily mistreatment. The Rolex 3135 has always been a match for the worst their owners could throw at them.

Similarly, the most recent 40mm Yacht Master is essentially a Submariner in a fancy suit, and powered by the same movement. 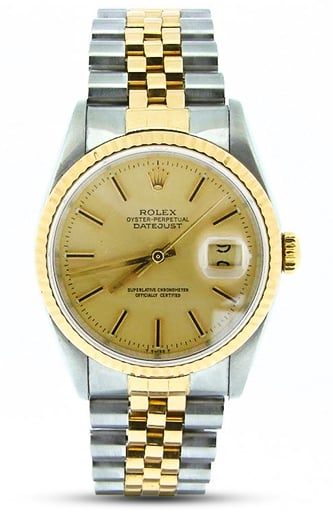 The unassuming 36mm Datejust series is the perfect setting for the eminently functional, down-to-earth nature of the 3135. The two are both beautifully crafted archetypes, with no superfluous details or exotic complications.

While a 41mm model launched this year with the same updated movement as the new Sea-Dweller, there is no sign of Rolex’s longest-running classic replacing its engine any time soon.

With the exception of some of their Cellini range, there are no Rolex watches with a transparent case back to allow wearers to see the movements in action. Accordingly, Rolex calibers have never been manufactured to look pretty. They’ve always been designed to be completely practical, wholly reliable and to last a lifetime.

The Rolex 3135 is an almost faultless example of that spirit. It might be modest in its appearance and functionality, but it remains a caliber by which all others are still judged.